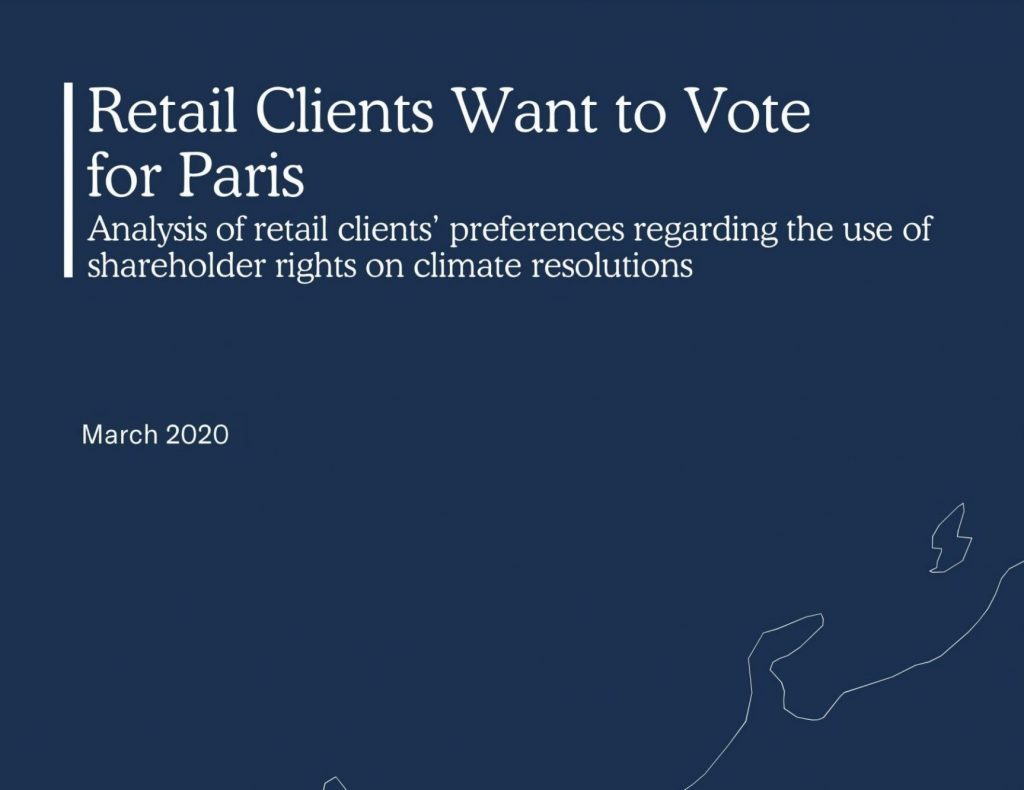 When asked how they would respond to ethical, social, or environmental concerns with their investments, 85% of respondents opted to take action

Based on our survey results, roughly 20-40 million Europeans would vote in support of the Paris Agreement

The profile of votes cast at the last European Parliament elections demonstrate that many citizens support environmental objectives through political voting. Similarly, our research shows that the vast majority of retail investors wish to have a positive impact with their money.

According to our 2019 survey results, when asked how they would respond to ethical, social, or environmental concerns with their investments, 85% opted to take action.

Most of this group favoured continued engagement with the company through voting as the best means to address those concerns. Survey respondents expressed particular support for climate resolutions that require companies to set targets aligned with the goals of the Paris Agreement.

We estimate that between 20-40 million European citizens would vote in support of the Paris Agreement with their money.

This project was made possible by