The Elephant in the Room: Aligning Global Bond Markets with Climate Goals

Bond markets–representing the largest asset class in capital markets–are critical in the context of achieving the Paris Agreement. 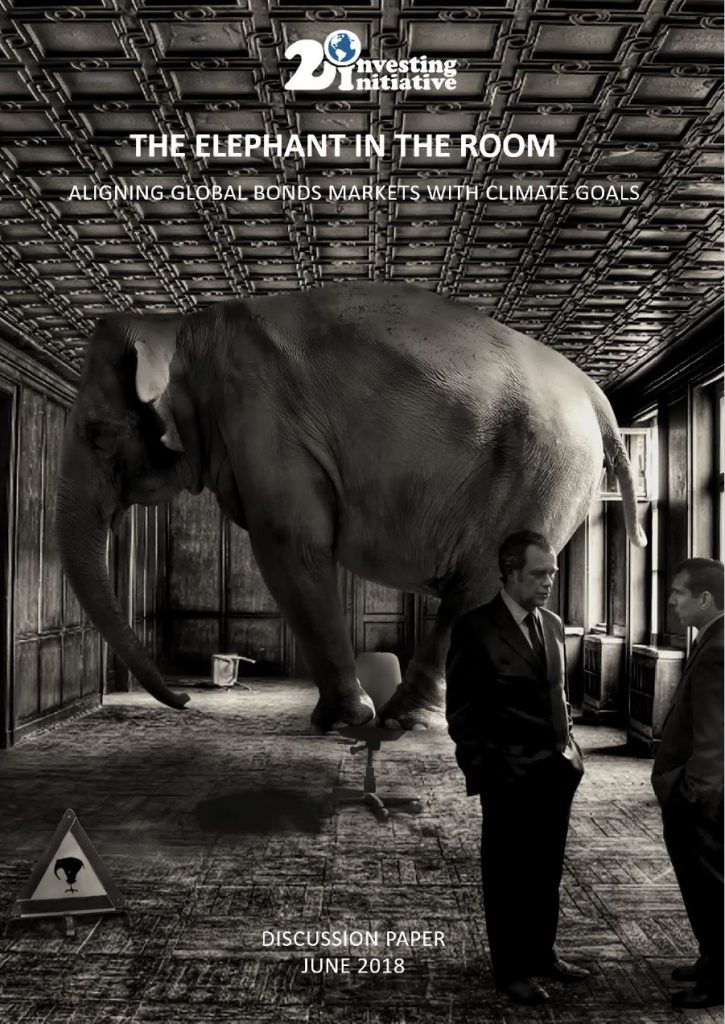 The global bond market is roughly $100 trillion globally–roughly three times the size of the EU and United States GDP combined –and it’s been growing by a factor of ten since the early 1990s. Bond markets are a critical source of capital for governments, companies, and financial institutions. Their advantage lies in the relatively long-term tenor of the debt instrument, as well as the market’s liquidity, reducing financing costs.

For securitized instruments, they help institutional investors be exposed to household credit (e.g. through mortgage-backed securities) and banks refinance themselves in the context of providing this credit. In its role as a core pillar of capital markets, bond markets can also play a key role in financing the transition to a low-carbon economy.

Despite their importance, the discussion of bond markets has largely focused on the green bond space, which currently represents a marginal share(<0.5%)of outstanding bonds. This paper focuses on creating a broader understanding of the interface between climate goals and bonds.