New head of PACTA, other promotions & hires at 2° Investing Initiative 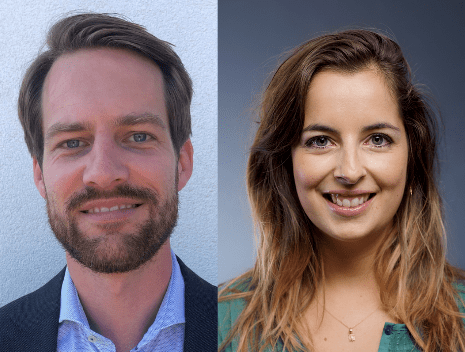 We’re pleased to announce the appointment of Maarten Vleeschhouwer as new Head of PACTA, beginning in August 2020. He is joining us from the European Commission’s DG FISMA, where he is a seconded national expert assisting in the implementation of the Commission Action Plan on Financing Sustainable Growth. Prior to that, he worked at the Dutch National Bank, which was one of the first central banks to use the PACTA scenario analysis tool.

As Head of PACTA, Maarten will act as strategic lead and will notably oversee the launch of a new, enhanced version of the PACTA platform, featuring a next-gen suite of climate scenario analysis tools. He will also manage stakeholder relations, partnerships development, and policy-related work, with a special focus on the EU Sustainable Finance plan.

In addition to Maarten’s appointment, we are pleased to announce the promotion of Gabrielle Couderc as Director, Admin & Finance for 2° Investing Initiative. In her new role, she will act as director of 2DII’s French entity and UK office, in addition to overseeing all administrative, grants, and financial matters for the organization. She will also join the Executive Committee of 2° Investing Initiative, which includes Founder and CEO Stan Dupré and Managing Director Jakob Thomae. Previously, Gabrielle served as Head of Operations and Finance for the 2DII network.

This month, we also hired two new analysts in our Berlin office who will work on scenario analysis and data-related projects. Daisy Pacheco will focus on the implementation of PACTA in emerging markets, in collaboration with Laura Ramirez, Programme Manager for Emerging Markets. Prior to joining 2DII, Daisy worked at the Central Bank of Colombia as Senior Analyst in Financial Stability. In this position, she analyzed and monitored Colombian household credit risk and conducted research projects related to financial inclusion, microcredit, and financial vulnerabilities of households in Colombia.

Jacob Kastl, also new this month, will support the implementation of the climate scenario analysis partnerships with financial supervisors and governments, notably EIOPA. Jacob brings nearly five years’ experience at the Berlin startup Civey, where he most recently served as Head of Data and Statistics and specialized in representative web surveys. He also developed the theoretical outlines of the main product and the technical MVP in R and later managed additional data products, such as target group analyses and the recommender system.