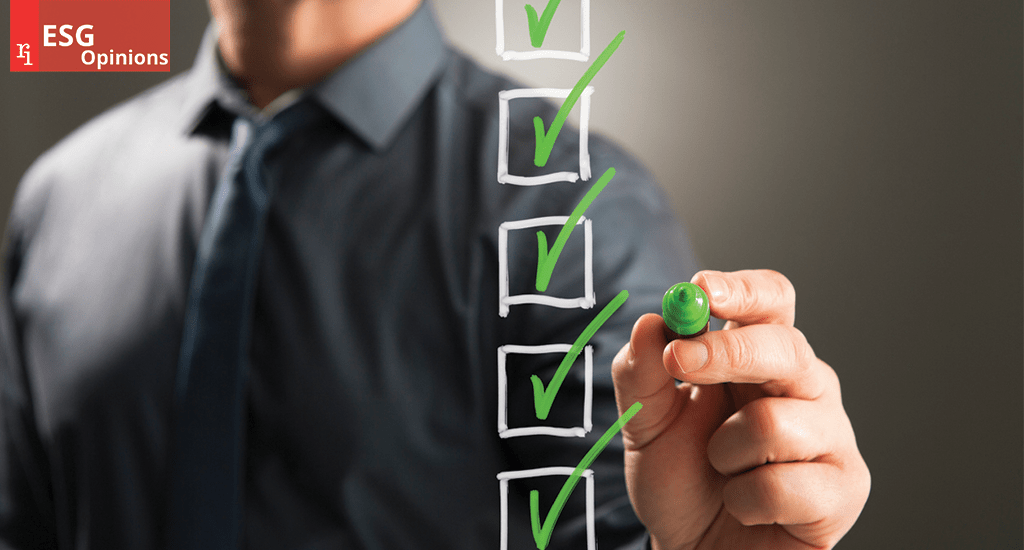 ESG marketing is finally in the spotlight, says Jakob Thomae. Here are some ways to avoid the wrath of regulators.

This piece was originally published by Responsible Investor.

Over the past years, many ESG communication professionals treated concerns of greenwashing as if they had installed a regulatory no-fly zone around their marketing material, safe from scrutiny and consequence. This is despite the fact that market studies from 2° Investing Initiative and others showed many environmental marketing claims to conflict with regulatory guidance.

Last week, the German financial regulator BAFIN confirmed that it was looking into allegations that asset manager DWS had misrepresented its sustainability credentials in public documents. DWS denies the allegations, and the investigation is still underway, but the news shows that ESG marketing needs to be rethought.

Many asset managers now find themselves in a situation of regulatory uncertainty – unclear which, if any, claims they’ve made may be problematic, and unsure of potential future regulatory action. We won’t know how the current regulatory dynamic will shake out and if these types of investigations will scale. We don’t know if DWS will be found in violation of existing rules. But we do know there are a few easy ways to review your marketing material to address your risks. This op-ed outlines five of them. Of course, following these won’t guarantee Nirvana, but it will be a decent part of the way there.

1. Stop equating your customers’ consumption footprint with their investment footprint

This one has already rattled more than a few cages. Deka Bank faced legal action earlier this year from a German consumer protection agency critical of its ‘impact calculator’ (which it eventually took down), and the Make My Money Matter campaign in the UK has faced similar backlash. The issue is simple. In your communications, you shouldn’t equate your customers’ investment footprint with their annual consumption footprint because one is a stock and the other is a flow; so, while reducing consumption generally reduces real world emissions, reducing your investment footprint rarely does. Last year, 87% of respondents in a survey among ESG professionals found these types of claims misleading.

2. Stop communicating in ways that you know will mislead your retail customers

Greenwashing investigations do not stop at factual inaccuracies. The EU Unfair Commercial Practices Directive is clear that marketing violates the Directive if it “deceives even if the statements are factually correct”. Knowing what statements may be misleading obviously requires some research, but we already have some idea of the pitfalls. There are two primary issues right now: green bonds and divestment claims.

Surveys in Germany show that 90% of consumers think green bond funds contain companies that are either green or are transitioning to being green – neither of which is a condition to issue a green bond (and according to research by BIS, actually the case). Whatever your view on how green bonds should be structured, selling these funds without billboard size warning signs to retail investors informing them that they are not in fact funds consisting of green companies or companies that are becoming more green is crucial to avoid misleading these customers.

Coal and fossil fuel divestments are another example. There are good reasons why such divestment policies have thresholds, but claiming a fund is ‘ex-fossil fuel’ when you can drive an 18-wheeler through these loopholes is going to mislead consumers. Again, it doesn’t matter what you think the appropriate threshold or policy should be – it matters whether consumers understand that and don’t feel misled when they find out about it.

This is a hobby horse of mine, but it’s as true as ever. Claiming emissions reduced in the portfolio equate to real emissions or even leaving that distinction ambiguous is a huge disservice to customers. There is no reason to make such claims, and plenty of best practice (ING’s corporate lending disclosures comes to mind) where that distinction is made abundantly clear. Creating ambiguity with your customer by claiming ‘emissions reductions’ when those are ‘virtual’ can create problems down the line. It’s worth reminding that the problem isn’t just an investigation or lawsuit, but the overall credibility of sustainable finance and its ability to engage the public.

We still can’t seem to make up our mind if ESG scores represent sustainability performance or sustainability risks. Sometimes communications related to the data contradict themselves in one document. As long as this uncertainty persists, claiming funds that use ESG scores in their strategy are more sustainable is likely to be problematic. Reducing ESG risks is just not the same as being more sustainable. At the very least, reducing ESG risks is not the same as seeking more sustainable outcomes. A fund that markets sustainability characteristics when its strategy focuses on ESG risk data inputs should be clear about the distinction and ensure clarity from their data provider.

5. Cut down on the ambiguous language

This is probably the least convincing step since it is very unlikely ever to cause headaches in terms of regulatory intervention, but ambiguous language is technically not consistent with the guidance from the Multi-Stakeholder Dialogue on Environmental Claims. Claims like “Invest and save the planet” are problematic both because they are ambiguous, and because they promise investment outcomes that the investor can’t necessarily keep. Again, this might seem like nit-picking, but think about the equivalent in financial returns. Regulators would be up in arms in minutes if an asset manager made a claim that said “Invest in our fund and get guaranteed 20% returns”. But promising to ‘save the planet’ or ‘reduce climate change’ are promises that an individual investment in a liquid fund may not be able to keep. And that is perfectly fine – the same is true for financial returns – but in one case, disclaimers abound about financial performance. In the other case, those disclaimers are largely missing.