COP27: In The Race For A Marathon 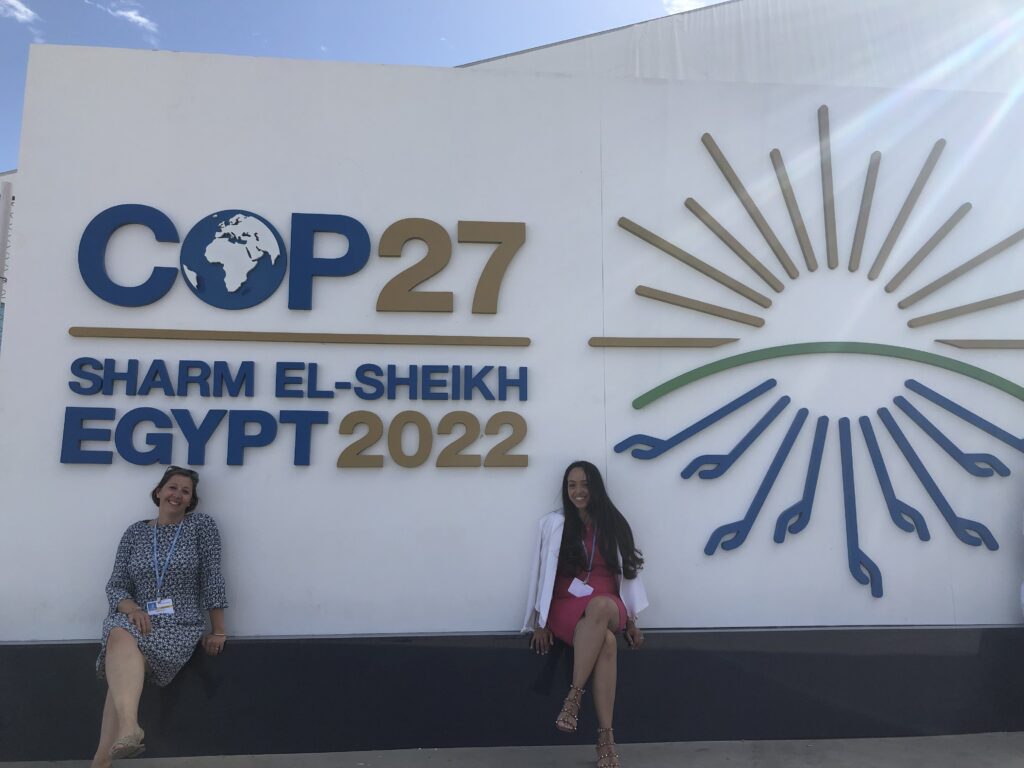 Faced with the climate emergency and the need to support - and sometimes even initiate - the energy transition of their economies, developing countries have been fighting for climate justice at the last COP 27. Between high expectations and actions to be taken, did this highly anticipated meeting bring satisfaction?

“Africa is under siege; Africa cannot keep quiet. We are seeking a partnership”.  “World leaders need to hear our voices. Megawatts of words must translate into megawatts of financing for Africa.” (Mr. Akinwumi Adesina, President of the Africa Development Bank, AfDB)

Much has been written about the COP in Sharm El-Sheikh. For those who see the glass half empty, the COP failed to deliver what science intuitively tells us to do. The window of opportunity on our goal to limit global temperature to 1.5°C or less is closing fast and the COP27 did far too little on the issue of cutting emissions. To highlight a few, no agreement on the 2021 Glasgow climate pact’s promise to “phase down unabated coal power” could be reached. Within the agreement, there were no new targets or commitments announced, which threatens, even more, the Paris agreement’s 1.5°C temperature rise goal. The request for new country pledges was delayed for COP 28, yet another year lost.

COP 27 could be seen as a loss, especially for developing nations, which were hopeful about the US$100 billion a year that was promised in 2009, and the agreement to create a “Loss and Damage” Fund, amongst other things.

For those who see the glass half full, the “Africa COP” did better than expected against the backdrop of rising geopolitical tensions and an international energy and food crisis. China and The United States – who together account for 40% of global annual carbon emissions and can boost progress as we saw with Obama & Xi in the run-up to the Paris accord in 2015 – resumed their formal climate talks. Several countries joined the Methane Pledge, energy transition deals were signed, and the Global Financial Alliance for Net Zero (GFANZ) – a coalition of leading financial institutions – committed to the decarbonisation of the economy. Besides, the African Adaptations Initiative the African Union’s flagship initiative that works to strengthen concrete adaptation actions on the ground, confirmed the $40 million in total pledges made at COP 27: $25 million from the United States, EUR 5 million from the EU, EUR 5 million from Germany and $4.5 million from the Open Society Foundations (OSF).

From the devastating floods in Pakistan to droughts in large parts of Europe & Africa, climate impacts are all the clearer and the pressure to respond to such disasters was high.

The most vulnerable countries are thrilled that after 30 years of no action, there is finally an agreement to create a “Loss and Damage” Fund. But can this be considered a real “win”? This agreement was reached well over hours past the Friday deadline and there is no real understanding as to the size, who manages it and how developing nations will be compensated, and the help delivered. Moreover, China and India (considered to be one of the biggest emitters) did not agree to contribute to the fund, which also highlights the misunderstanding as to who needs to pay for it.

In this respect, and in order to agree to a Loss and Damage Fund, the most developed countries wanted to limit possible recipients of the fund to the most vulnerable countries, and to broaden the financial base, including emerging markets, with contributions through Multilateral Development Banks (MDBs), Bretton Wood Institutions (BWIs) and innovative financing. It would be seen that the developed nations have won yet another year of delivering on their promises and in terms of detracting from their responsibilities.

Discussions on Climate Financing were at the front and center at COP27 and were hard to address for different reasons.

What did COP 27 mean for the 2DII emerging markets research stream?

While the intergovernmental negotiations gave mixed results, the big strength of such COP meetings is the convening power it offers to launch new cooperation between all sorts of actors – states, banks, regulators, private companies, MDBs (Multilateral Development Banks), and DFIs (Development Finance Institutions).

2DII’s representatives at the COP 27 were able to meet with a variety of interlocutors and (financial) players, to explore ideas and to discuss future collaboration, all with the intention to take our mission forward. Meetings such as the COP offer a real avenue of possibilities. It is clear that public financing will not suffice to tackle the climate challenges ahead, which strengthens our desire to partner with private investors and stakeholders.

This COP reinforces our conviction that the subjects of adaptation and measurement of physical risk will be crucial in the years to come. This is the reason why 2DII is now expanding its expertise in this field, by developing tools and methodologies adapted to the specific needs of developing countries.

Our work is far from done and we look positively ahead.

Step by step, day by day… Greening the economy is not a sprint, it’s a marathon.